How to set up and play private beta2

I can now play private beta 2 of Illuvium!

Illuvium's private beta 2 is an autobattler and if you don't understand how it works, you will lose quickly.

It is not as easy as getting on the leaderboard without understanding it.

In this article, I'll explain the basic operations of Illuvium Private Beta 2 and how to use "Augments," which are important for battles, with easy-to-understand videos.

It is important to know the basics because there are only a few action movements.

NFT.Japan is a media partner for NFT projects in Japan, on a mission to empower Japanese creators. Our detailed
articles and rankings guide you in finding your favorite
one-of-a kind collectibles.

Each of them will be explained in detail.

It will be a name that will be on the leaderboard.

First, click on the "pen" symbol to the right of the icon in the upper right corner.

Enter your nickname in "New nickname" under the following conditions.

Some symbols were also available.

When you are finished, press "SAVE" to save.

Here are basic settings such as graphics and audio.

Click on the gear symbol in the upper right corner to go to the settings screen.

You can set up these things in this screen.

Try changing it to a setting you are comfortable with.

It is interesting that the Illuvials sounds can be turned off, too.

This is the graphics settings screen. Set it according to your computer specs. If you feel the loading is heavy, set "All Quality" to "Low" to reduce the load on the computer.

You can also set your own preferences in the "Custom" section.

It was choppy in my Intel MacbookPro even on the Low setting.

The last screen is the gameplay settings screen. As yet, only the cinematic intro on/off setting is available.

The cinematic intro is the presentation in which the arena appears at the start of the game, as shown in the video below.

Maybe the cinematic intro should be off after one look…

They mean ranking battle and practicing for it.

In the Competitive mode:

Players play under the above conditions and they may get on the leaderboard according to the number of Waves cleared and
the number of repulsions.

This is a ranking mode for serious play.

In the Training mode:

It is only a training mode, so you will not be on the leaderboard. The enemies and decks that appear will also be from the previous day.

It is good practice to clear a wave in training that you could not clear the day before!

Now that the initial setup is complete, basic keys and commands will be explained in this chapter.

The contents in this screen will be reviewed and explained.

Hover the cursor over the effects of Illuvials and Augments, Affinity and class information, and other details.

Affinity or class is easy to recognize because the floor of the target Illuvial glows, as shown in the image below.

Clicking on the Illuvial in the field also provides more detailed information, as shown in the image below.

View next wave of Illuvial

The Illuvial will appear in the next Wave when you move the cursor over "INCOMING" in the upper right corner.

It can be used to determine the next stage and the Illuvial to be placed.

Ranger weapons and armor can be equipped by clicking on the icon and selecting the equipment of choice, as shown in the video below.

Each weapon has different abilities, such as attribute affinities and classes.

The weapon of choice changes the way a ranger fights.

The bonding feature allows you to give the ranger an affinity and class of Illuvial of your choice.

The process is simple. Click on the "+" symbol to the right of the ranger's armor icon and select Illuvial (Illuvial) for bonding.

A strategy that is based on bonding can produce more affinities and make the strategy more effective.

Finding the best card among the many Illuvial and Augments cards can take a lot of time.

This feature also makes it easy to keep track of which cards are available.

There is a time limit for card selection, so use filters wisely to save time.

It is also possible to hide what is displayed on the screen.

For example, if the health bar and various affinities are displayed as shown in the image below...

...you can hide all of them as shown in the image below.

This is useful when you want to take a screenshot or see how Illuvial is doing.

Pressing 'B' on the keyboard will immediately bring up the bug report screen.

Here you can report

Report with your email address, Summary, and Description!

Including screenshots would speed up the improvement.

Since one the purposes of the beta version is to fix bugs, we'd like to report them actively.

Press the "Esc" button on the keyboard to bring up the game menu screen.

You can turn down the volume of music or while playing.

The detailed setting method is written under the heading of "Various Setting Methods｜Graphic Settings".

Note that game time is still running during setup!

The up, down, left, right arrow keys can also be used to control the camera in the same way as "W, A, S, D".

Controlling around the camera

Hold down the right mouse button and control the mouse to adjust the camera orientation.

As in the video above, you can also use "W" to get close and point the camera at the battle of Illuvial.

It is a challenge to bring the camera position back to the original position.

Press the space key to return to the initial camera position.

Regardless of how you touch the camera, you can always return by pressing the space key.

Play in the mode that suits you.

Here is a description of the game mechanics of Illuvium Private Beta 2.

This is basic information for playing and winning the game.

It is indicated in "PLANNING" at the top of the screen. The time to place an Illuvial will vary depending on the number of Wave.

Wave 1 starts at 35 seconds, and each additional Wave increases the time to think and install by 5 seconds.

The table below shows the time for each Wave. Over Wave 30 has more than 3 minutes.

When the remaining time is less than 5 seconds, the time display turns red to notify the user.

When the time display turns red, you cannot press the start button and must wait for the start.

Note the time over 45 seconds and beyond!

The battle begins, and after 45 seconds, the battlefield flashes as shown in the video below, damaging both friendly and enemy Illuvial.

This mechanism can have a significant impact on winning or losing a battle.

Strategic use of field damage mechanisms may make it easier to win.

Learning how to increase mastery points

Mastery point management is a key aspect of the Illuvium battle system.

Mastery points are required for these specifications above.

It's crucial to know how Mastery Point grows!

Mastery points start at 120 and increase by 20 points every Wave as base points.

In addition, an additional 5% of the mastery points left over from the previous Wave will be added as interest.

Mastery points can be learned as you play.

In the arena at Illuvium, if you lose a battle, you can start over from a checkpoint.

The specifications of the checkpoints are different by the battle mode and are explained below.

To return to a checkpoint, use the button in the image above to start over from the checkpoint.

The community has discussed this specification, so it's subject to change and modification. But it's a point to keep in mind!

You can check from the symbol in the upper right corner, how many more checkpoints you can return to.

For the above reasons, the training mode is the easiest mode to practice thoroughly.

To win battles of Illuvium, you should know the basic process that has been described so far, as well as the following details.

The Augments feature, which was introduced in private beta 2, is one of the most important points of the game.

In the next section, we provide a comprehensive explanation of the very important Augments.

Augments are cards that enhance the Illuvial and come in a variety of types and effects.

The same Iluvial can be completely different depending on whether it has Augments.

Equipping an Augment to an Illuvial can be done in three steps.

The following video flow is shown below.

It is important to know which Augments to equip which Illuvial.

Another important point is the stack of Augments, which can increase the capacity by two when installed.

The meanings of the available marks are as follows:

Make effective use of Augments introduced in Private Beta 2 to win battles!

Familiarize yourself with the basic controls and win battles in Illuvium Private Beta 2!

We have explained the basic controls and settings of Illuvium's private beta 2.

I hope this article is of some help to you.

It will be a pleasure to have you as part of Illuvium. 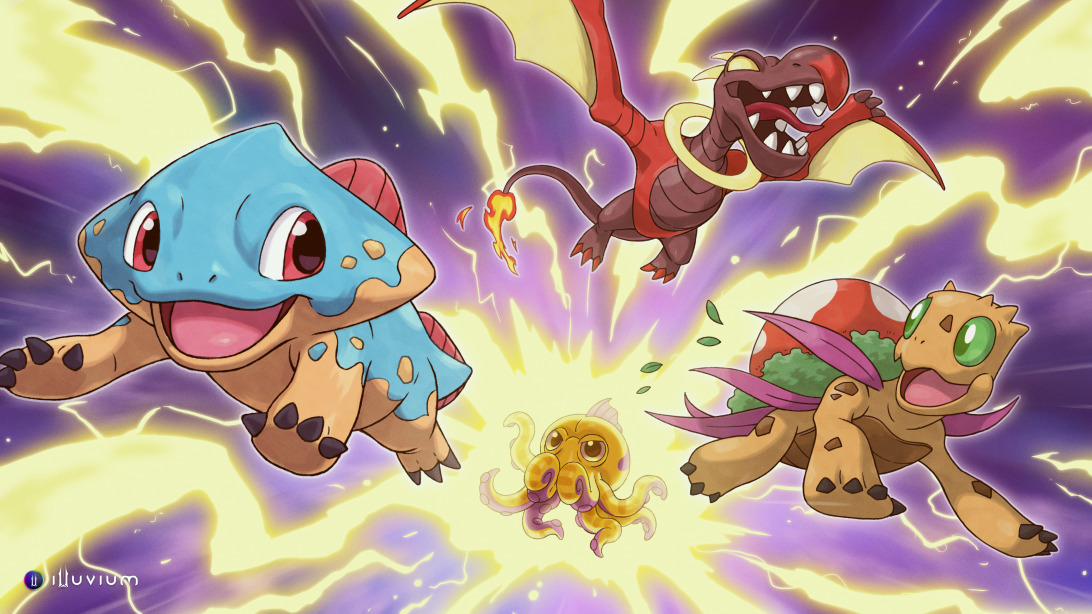 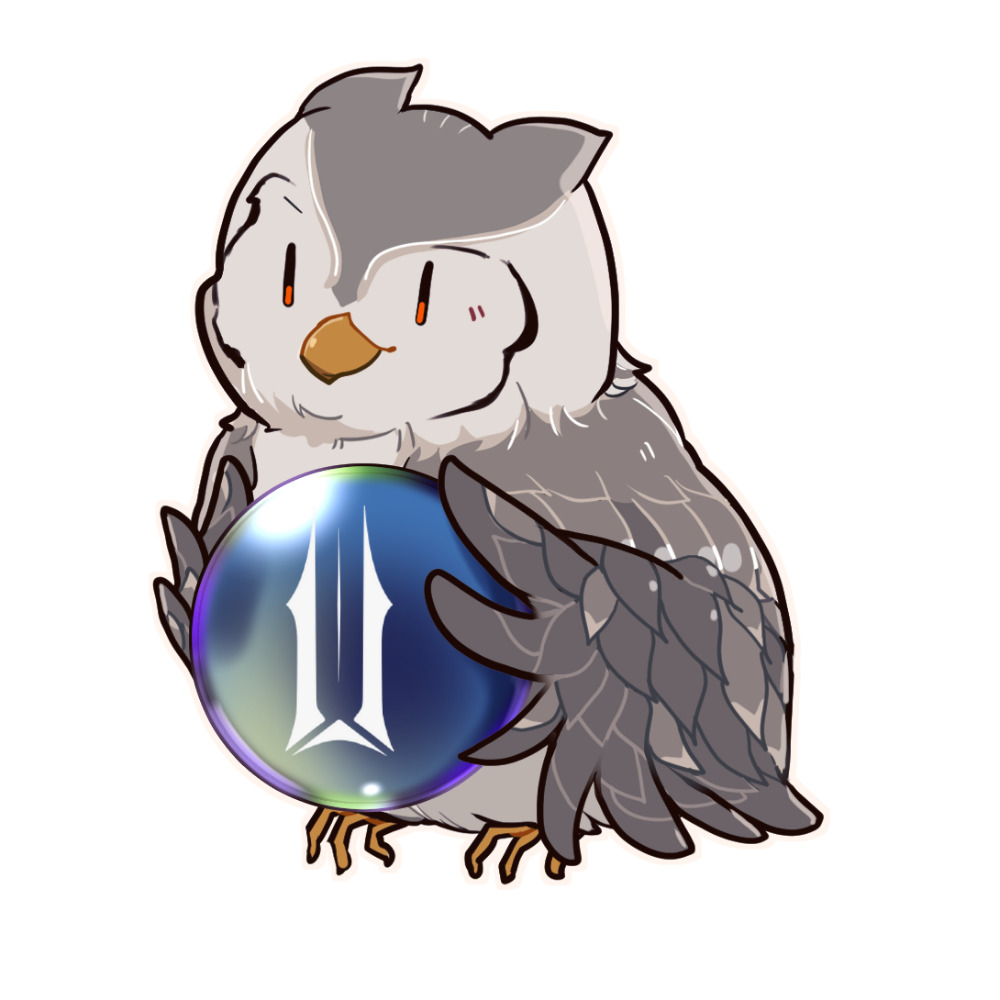